All Speedtests on Manx Telecom were done using Vodafone Eurotraveller. However, I do not believe that Vodafone was not throttling the speeds.

Speed test and Field test. The 1800MHz 4G is probably faster than this in most places as this test was done in Douglas, in a relatively busy place. 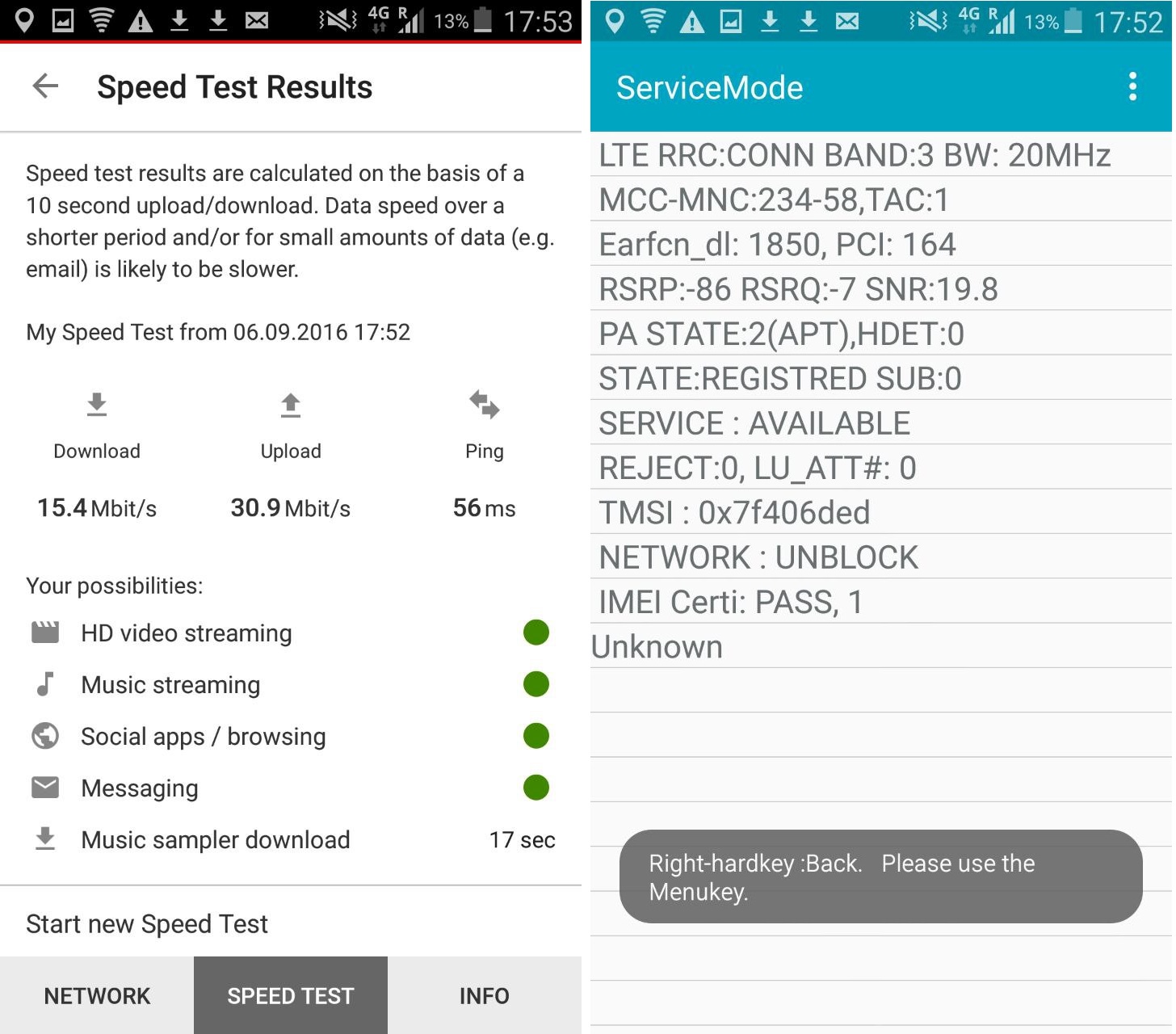 Speed test and Field test. The 2x10MHz of 800MHz, combined with 2x20MHz of 1800MHz provides for quite nice speeds. This test was, once again, done in a high load location. 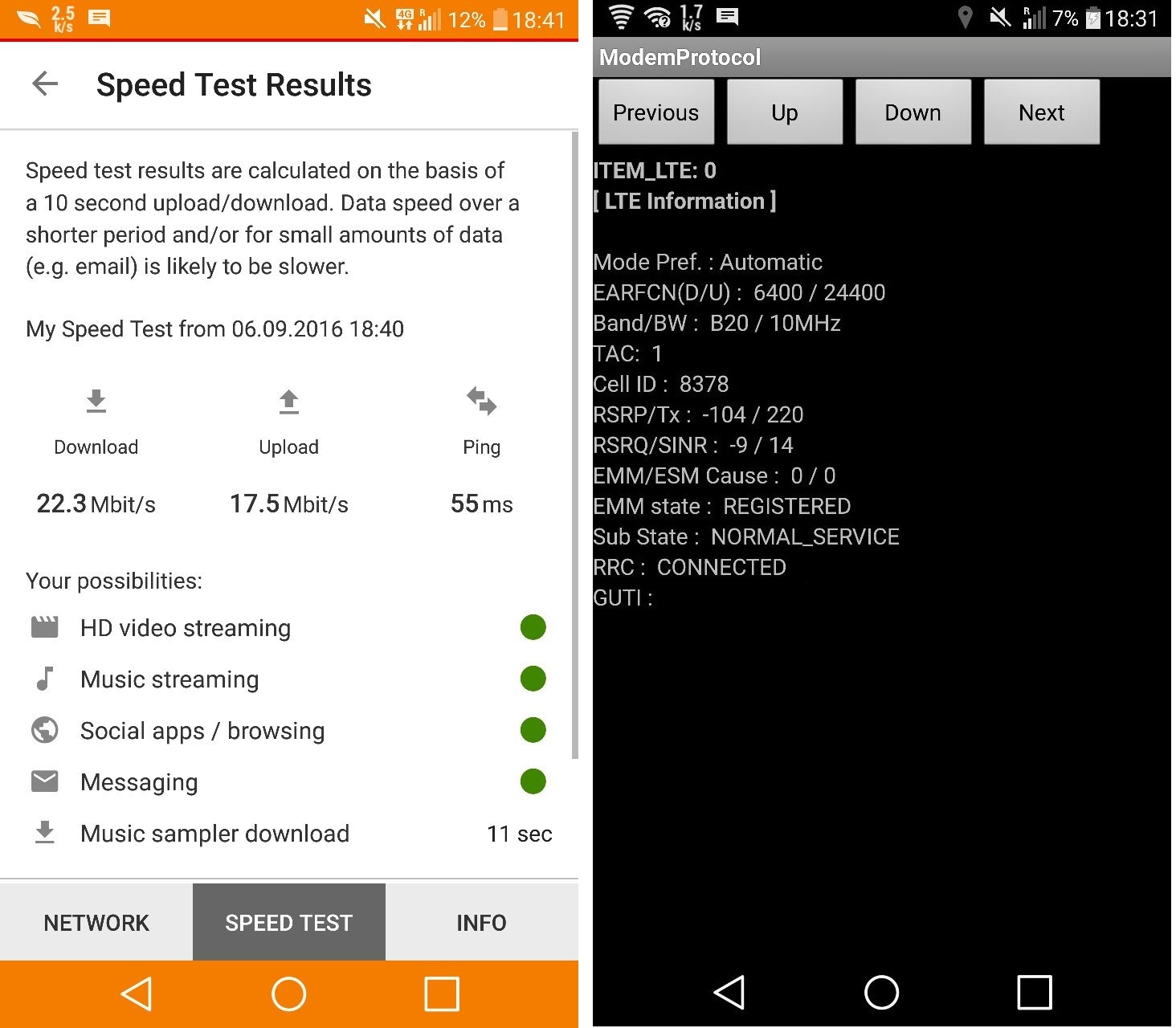